It was supposed to be a fun night out with her girlfriends, but it became a night of drama with her boyfriend dumping her and telling everyone he dumped her for sleeping with someone in exchange for a costume.

In a TikTok video that has gone viral, Pia Blossom, 25, revealed her boyfriend dumped her for showing off her body in an “inappropriate” costume, which she was a “dead Playboy bunny.” 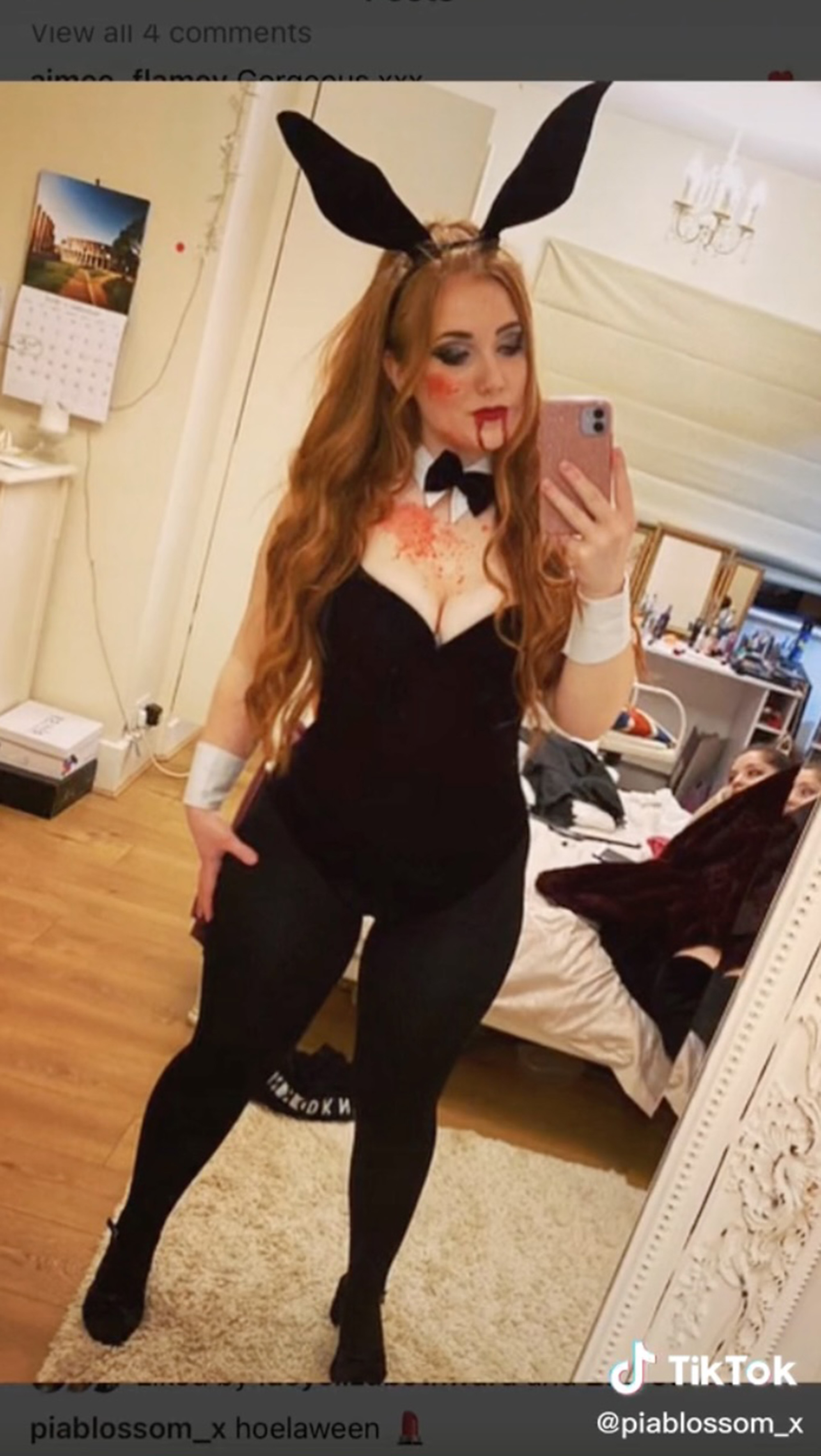 Blossom said, “I got dumped over a Halloween costume,” before she shared a photo of the outfit in the video that has been seen more than 110,000 times. The costume was a low-cut leotard and black tights. The back of the outfit did show off her booty, but she was not allowed to show that on TikTok or it would have been taken down.

In the video, Blossom explained, “My very new boyfriend was angling for an invite on this night out, but I was only going out with two girls. I ignored his hints because it would have just been weird, but when I posted [the costume] on my Instagram before going out, he texted me saying, ‘Are you actually wearing that outside? I can see your whole a–.’”

She went on to say, “He basically told me he thought that it was inappropriate. I was at my friend’s house ready to go at this point and he’s like, ‘Can you ask to borrow some leggings from her or something? And wear leggings instead of tights?’”

Blossom did not comply with his wishes and went to a nightclub with her friends. Once at the club, she met a man in a “giant egg costume” and asked him if she could put on his Halloween costume for fun, which he agreed to. While she thought her boyfriend would like this new look, as it didn’t show off her boobs or bum, that was not the reaction she got. The boyfriend started calling her phone over and over again. Blossom answered and said, “He’s like, ‘Whose costume is that?!’ I said, ‘I don’t know, I thought you’d like it! You can’t see my boobs or my bum anymore — I’m an egg.’”

However, the boyfriend went “psycho” and accused her of sleeping with the man in exchange for the egg outfit. She denied it and said she hung up the phone and turned it off while carrying on with her night out with friends. She would later find out that the man went around town saying he dumped her because she slept with someone in exchange for the costume!

While it was traumatic for Blossom, viewers of the video say she dodged a bullet on this one. One viewer said, “Nice of him to show his true colors so early on, what a sweetie,” and another added, “Sounds like a lucky escape for you!”